Which is Better for you: “Fiduciary” or “Suitable”?

Vonnegut: Tales From the Dark Side of Prospecting 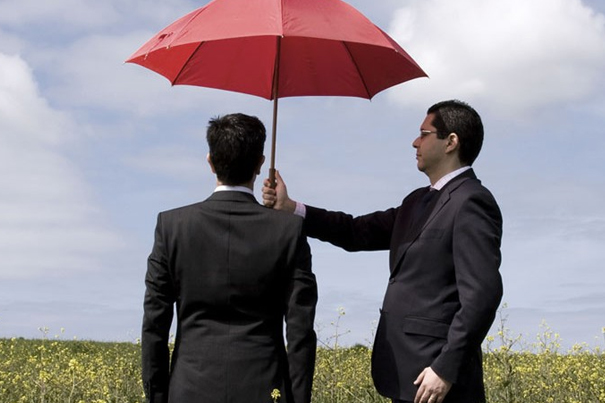 In your search for a financial advisor, one of the most vexing words that you’ll come across is “fiduciary.” You’re likely to hear it a lot.

Let’s start with the basic meaning of the word. First of all, you may have noticed that “fiduciary” is both a noun and an adjective. An advisor can be a fiduciary, which is a noun. In that sense, an asset manager who holds a legal or ethical relationship of trust between himself or herself and you, assuming you’re his client.

Why is a fiduciary relationship so special?

When used as an adjective, “fiduciary” as in relationship, you, as the client place confidence, good faith, reliance, and trust in this fiduciary duty. The fiduciary must always place the client’s interests above their own, regardless of the potential profit to the fiduciary.

Among lawyers and finance managers, a fiduciary duty is the highest standard of care. A fiduciary is expected to be loyal to the person to whom he or she serves, such that there is no conflict of interest between fiduciary and client.

In contrast, there’s the standard known as “suitability.” While it’s a subtle distinction, in some cases it can be very important. Under the standard of suitability, a financial advisor or asset manager is not required to place the client’s interests above their own in every case; instead, they’re obligated to recommend actions or investments that are “suitable” for their clients.

Generally, there’s a tangible difference between working with someone who’s a fiduciary and one who is not. A fiduciary standard overcomes the nonsense, noise, and misleading statements and ads from brokers and insurance salesmen, who say they offer “insider” advice and have your best interest at heart until you realize you just paid seven percent for an annuity you didn’t need. The fiduciary isn’t as likely to recommend a product unless it really is the very best choice for you. At least, that’s the way it should work.

It’s Not Always a Clear Choice

While it’s true that the fiduciary standard should be a better choice because it’s a higher legal hurdle, simply knowing an advisor is operating under this higher standard has nothing to do with how effective he or she may be as an investment manager.

One name will make this very clear: Bernie Madoff.

It’s an extreme example, but the case of Bernie Madoff underscores the reality that if your fiduciary is going to mess around with your money, the title won’t matter one whit. While Madoff was a broker for most of his career—a position that does not require a fiduciary duty—when he registered as an investment advisor in 2006, he had a fiduciary duty to his clients. Sadly, that was never a duty fulfilled. On December 11, 2008, FBI agents arrested Madoff and charged him with securities fraud.

Until his Ponzi scheme was revealed, Madoff was an upstanding citizen. He served on the board of directors of the Securities Industry Association, a precursor of the Securities Industry and Financial Markets Association (SIFMA), and was chairman of its trading committee. He was also a founding board member of the Depository Trust & Clearing Corporation (DTCC) subsidiary in London, the International Securities Clearing Corporation. Who would have known that he was bilking billions from his clients?

Of course, that’s an extreme example. But it illustrates that a bad fiduciary can make terrible investment recommendations, and that fiduciary status doesn’t guarantee honesty or competence. At the end of the day, a higher standard is something an investor should be keenly aware of and should use as part of their screening process, but not rely on as the only choice of advisor, because the fiduciary in question might not be competent as an investment manager.

What can you do? It’s best to ask really good questions of the advisor you’re interviewing. Ask him or her point blank: Are you a fiduciary? Explain all your fees. Tell me how you make investment choices.  Do you sell any in-house products?

I would personally prefer to work with a fiduciary advisor. I have a higher regard overall for advisors who are fiduciaries, and maybe a rule or law requiring advisers to act as fiduciaries when dispensing advice or counseling consumers about investments will achieve that noble aim.

But the fact is that an unscrupulous advisor can use the mantle of fiduciary status to lull clients into a false sense of security.  Over three seasons as executive producer of MoneyTrack, I included a scam alert story in each half-hour episode. Guess who starred in most of these segments? Bad advisors.

My recommendation is not to rely on a label, but to interview your potential advisor and ask very pointed questions. Fiduciary or no, you should thoroughly vet any advisor before signing on. You should also be assured that any money the advisor is investing or overseeing is held by an independent trustee, and stipulate that the advisor himself should not have unrestricted access to your funds.